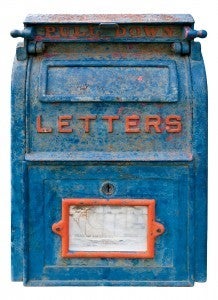 IRS Offers in Compromise, IRS Payment Plans, IRS Non-Collectible Status, and the IRS' 10-year statute on collections are all useful tools.  But… there are situations where these tools won't solve the entire problem.

Most people would be surprised to learn that bankruptcy often makes sense as a solution where tax debt exists.

A properly planned case can wipe away the tax debt obligation on many types of tax liabilities and it can solve a host of other problems at the same time, including providing the ability to challenge the validity or the amount of a tax debt when there isn't another forum available

Two forms of bankruptcy are most often used by individuals and the self-employed: Chapter 7 and Chapter 13. (Chapter 11 is available for individuals as well as companies, but is rarely used)

Chapter 7 is the most common type filed.  It is often called a “liquidation” case.   A trustee is appointed to protect the interests of unsecured creditors. The secured creditors are protected as they have secured their debt with the property.  In theory, this trustee gathers assets that aren't protected by certain statutory exemptions and sells them.  For most people, the statutory exemptions are large enough to protect most of their assets and as a result, most chapter 7 bankruptcy cases are called “no-asset” cases because nothing is actually taken by the trustee and given to creditors.  Assets which are acting as security for loans are usually abandoned back to the debtor and remain subject to those liens.

Chapter 13 is for people with regular income (wage based or self-employment based) who are able to pay a reasonable living expense and afford to pay the remainder toward debt each month.  Certain other requirements apply as well.  There are debt limits, certain debts like back child support, priority tax debt and auto loans, have to be paid in full during the plan.   The remainder payment is sent to the Chapter 13 Trustee each month who distributes the money first to the priority creditors, auto lenders and then to other dischargeable credit card debt or tax debt if there are any funds left for them to share.  When the time period for the case is over, between 36 and 60 months after it is filed, any remaining dischargeable debt obligation is wiped away.

Effect of Bankruptcy on the IRS

Filing will stop the IRS in it's tracks. Bankruptcy law ensures that an “automatic stay” against creditors exists at the moment the case is filed.  All enforced collection by the IRS will stop.  If the IRS has seized assets before the case is filed, but those assets haven't been liquidated, the bankruptcy trustee can get them and share their value with other creditors according to their priority.

This power is important where the IRS has seized assets that are necessary for the operation of a business.  Bankruptcy law will also determine how the IRS debt is treated or in other words whether the debt will be considered a priority debt and have first dibs to assets and survive the bankruptcy process, secured debt, or unsecured non-dischargeable debt, or unsecured dischargeable debt.

Taxes (like other debts) are categorized as to “priority”. Priority debt means the debt isn't dischargeable but also that it is first in line when money is paid by the trustee to creditors.  A tax debt is a priority debt if the first or second of the following 3 situations exist at the time of the filing.  But if any of the 3 exist, the tax is non-dischargeable as well.

What else can bankruptcy do?

The U.S. Bankruptcy Code provides a number of benefits and protections for qualifying debtors.  The primary benefit is the fresh start it can provide.  Freedom from certain debts while allowing the debtor to keep most basic assets is the primary reason people choose to use bankruptcy as an option.  But bankruptcy can provide a number of other benefits that are often overlooked.

It can stop collection activity and even collection activity by the IRS.  It can cram down IRS and other certain other liens to their values, stop the growth of interest and penalty, allow for the recovery of certain seized assets, force creditors including the IRS to obey a Federal Judge, and provide a forum to challenge debt amounts where other options to do so have been lost.

If you have a serious tax debt and/or other debt problems, it is important that you have an experienced tax and bankruptcy attorney review your income, budget, assets, debts, tax debt history and other items to determine whether a bankruptcy will make sense and when.

Thank you for contacting us. We will get back to you shortly.

Please complete all required fields below.

If you have an IRS debt and are struggling with it, make a call to our office and ask to speak with the Attorney about it. We like to discuss the situation on the phone for free to ask you some questions, answer some of yours and to determine whether it may make sense for us to help. We’ve helped several thousand clients with tax debt problems over the last two decades. We’ll tell you the truth about your options and help you find the best one.