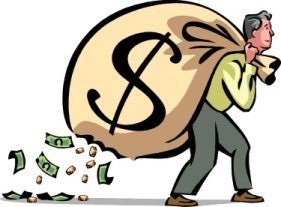 Believe it or not, this IRS Lien exists the moment you have a new tax debt.  This is why the IRS doesn't have to sue you in Arizona to garnish your paycheck or levy your account like a normal creditor. The subsequently recorded Notice of Federal Tax Lien also makes it difficult to sell your home, can hurt your credit, and it gives the IRS the power to “foreclose” on the lien and take your stuff… including, at least in theory, your home.

GETTING THE LIEN REMOVED

So how to deal with it?

The truth is that removing the Notice of Federal Tax lien is difficult to do.

It isn't removed by the IRS just because you ask, or because your situation is dire.  The primary reason for this is that it's existence isn't really about you. It's about making sure that other potential creditors know that the IRS has priority status as to your stuff.  The IRS doesn't have much of an incentive to help you as a result.

Despite this lack of incentive, there are some very specific ways the law provides to help you remove the IRS Lien:

As you read the above, you probably wondered why we use the words “release” and “withdraw” and not always one or the other.

It's because Lien Release and Lien Withdrawal are two different things.

The IRS Lien Release is a document that tells the world that the recorded Notice of Federal Tax Lien is no longer valid.  If the 10 year statute period has been reached the lien is released and the IRS can supply a letter confirming this on request.

The Notice of Federal Tax Lien itself contains language indicating that the lien is auto-released as of the date that's right on the notice itself.   Typically, the auto release date on the notice isn't the same as the 10 year Collection Statute Expiration Date because something has happened to extend that date and the IRS hasn't recorded a new lien notice with a date that matches.

The Lien Withdrawal is more substantive than the Lien Release.  It includes a notice that can be provided to credit reporting agencies telling them that the lien is being withdrawn. The credit reporting industry has agreed that if withdrawn, it will remove the IRS Lien history from the report much sooner than the normal waiting time than if the lien were just released (typically seven years).

If you've been able to obtain an IRS Lien Withdrawal...you should let the Credit Reporting Agencies know this by following the normal dispute process and including in your request the copy of the IRS provided form – Withdrawal of Filed Notice of Federal Tax Lien.

LIENS VERSUS LEVIES (OR GARNISHMENTS)

The tax lien notice is the IRS' way to show everyone that you have a tax debt and that it has priority over any potential creditors. In Arizona, IRS Lien Notices are usually only filed with the County Recorder in the County in which real property you own is located. (or where you live)

Thank you for contacting us. We will get back to you shortly.

Please complete all required fields below.